I gave myself a crash course in stop motion over the last few days, and whilst still very much an amateur I’ve learnt a lot! It’s been a lot of fun too.

Why exactly have I been working on stop motion?

Long story short, we needed a way to show how easily Geco Hub assembled, and diagrams seemed too boring, a demo video seemed too long, and animation seemed too tricky to get perfect with the software we have. Actually that’s the whole story come to think of it…

Anyway, stop motion was chosen as the medium of choice, so away I went to find out how to do it.

If you’re not familiar with stop motion, it’s a medium that uses a sequence of still photos played in sequence to create the illusion of movement. This is exactly how Wallace & Grommet and other “claymation” TV shows and movies are made. You first take a photo of a model and scene, then you make very small adjustments to the model. Then you take another photo. Then you make another small adjustment, and so on. When you play all of these photos in sequence very fast, you get the illusion of movement.

Unlike Aarman, who make many Claymation productions like Wallace & Grommet and Chicken Run, I didn’t have the fancy equipment, studio, lighting or expertise to hand. So I had to get resourceful, hence YouTube for education, and my smartphone as the camera of choice.

After my first attempts at stop motion (the results of which I’ll share on Geco Hub's Kickstarter page) here are the main things I learnt.

Before starting out on you stop motion project, think through and perhaps storyboard what you actually want the animation to be about, and make sure you have everything to hand. Identify the part of the animation which might be trickier than others and work out how to tackle them before starting the shoot.

Basically, aim to solve any potential problems before starting, so shooting goes smoothly and you don’t have to do a bunch of retakes, or in my case, start from scratch twice!

Good consistent lighting is key. If light gets brighter or darker during your animation, or shadows fall across the scene you’re shooting, the illusion of fast movement can be shattered. For this reason, I learned it was important, if using natural light, to do the following two things.

If it’s not meant to move, don’t let it

Anything you don’t want moving in your scene should be fixed in place somehow if at all possible. This is crucial, as even the smallest movements of a millimetre or so can cause subjects to jiggle and move around the screen when you play the scene back at full speed.

I tried avoiding fixing Geco Hub’s backboard down for an earlier attempt, instead just promising myself I’d “be careful” not to move anything that I didn’t want to move.

The result? Despite my best efforts the animation was shakey and had a distinctly amateur look about it. If I’d only put more effort into fixing things in place properly before shooting I could’ve avoided having to start over.

Do things need to be held in mid-air with wires, or hung from pieces of fishing line, or is everything going to happen so fast it doesn’t matter?

What I’m trying to say is this. Think about what frame rate you want your animation to be, consider how fast certain parts of your animation are going to happen, and opt for the simplest way to achieve your desired result. Sometimes, instead of an overly ambitious setup, you can “hide crimes” simply by making something happen fast.

For example, I toyed with the idea of dangling components from a piece of string, and then removing the string in photoshop before putting the animation together. This was so parts would look like they were lowering through the air. I worked out, however, that I wanted this movement to be so fast that it happened in 2 or 3 frames, and so I could actually position the components in a way that created the illusion of them falling downwards, without having to deal with string and Photoshop. 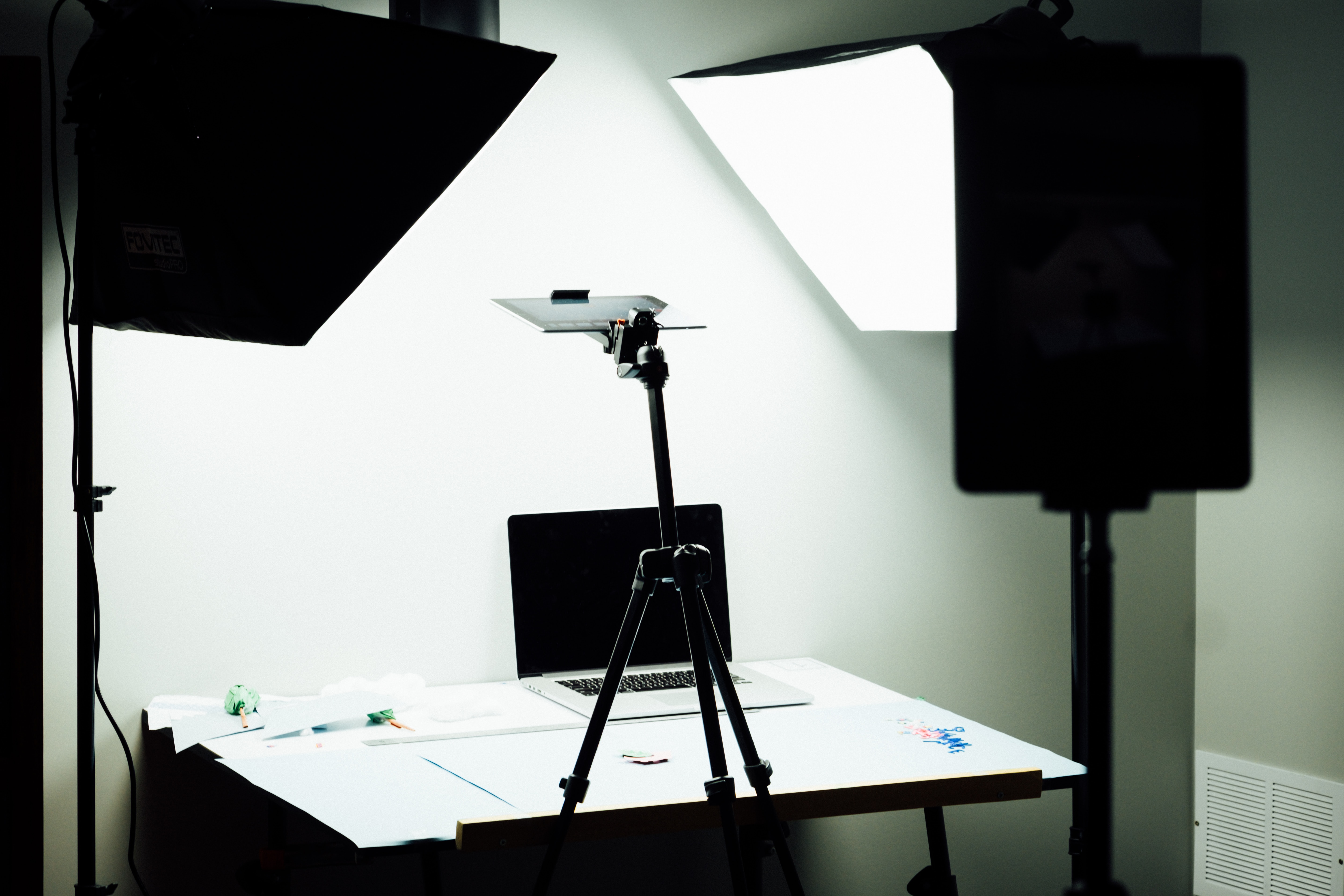 Use a tripod. Even if you’re only using a smartphone.

Without something to hold your camera in exactly the right place, any efforts you make to keep your subjects in the right places will be ruined by the camera moving between shots.

On top of this, try and use a remote to capture photos if possible, this allows you to avoid touching your camera or phone at all. As even the slightest touch can cause a tiny movement which will be noticeable.

Digital cameras, especially DSLR cameras, usually have a small remote add-on you can buy, smartphone cameras can be controlled by the inline play/pause button on most earphones, and you can even get apps that take photos when you issue a voice command. I opted for the latter. The app I used for voice control is called Sensory VoiceSelfie.

Get out of the way

Ensure you’re not casting a shadow on your scene or causing any reflections. The best way to avoid doing this is to ensure you’re not between the subject and any light sources, and to stand/sit as far back as you can when photos are being taken. To be safe always go back to the same place/ position just in case.

Whether using a digital camera or a smartphone, be sure to freeze your white balance, exposure and focus settings before capturing a scene. Otherwise, your camera might auto-adjust the brightness and colour temperature of the scene when you make small adjustments, and even change the focal subject. This can completely ruin a scene so you need to watch out for this!

It’s easy to fix settings with digital cameras, and many 3rd party camera apps for smartphones allow you to freeze settings too. I used Manual Camera.

There’s an App for that

As well as getting a camera app to freeze settings and/or for voice control, you can use a smartphone app to create the stop motion itself. As well as just stringing the images together, some apps can also let you play with speed, copy and paste frames, and even provide a translucent overlay of the previous frame when taking the next photo, to help you line everything up correctly.

My name is Simon and I’ve challenged myself to launch a Kickstarter campaign for my product Geco Hub in 100 days, with the aim of raising £100,000.